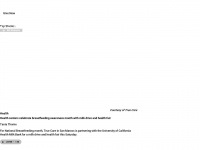 Home of the Best of the Bay, Clean Slate election endorsements, and the Bay Guardian Archives (coming soon).

News, arts, and dining coverage for Oakland, Berkeley, and the greater East Bay.

Buy Sports tickets at Coast To Coast Tickets. For millions of fans, Summer means one thing MLB Baseball! In addition to tickets to all of the regular season games, we've got tickets to the All Star Game in July, and we'll have Playoffs and World Series tickets soon. And, playoff tickets are refundable for playoff games that aren't played, so you can purchase confidently. But summer isn't just for baseball fans. Golf fans have the US Open Golf Tournament to look forward to in June, and the PGA Champio

The Globe and Mail offers the most authoritative news in Canada, featuring national and international news

The Sun: Local News, Sports and Things to Do sbsun.com

SBSun.com covers local news from San Bernardino County, CA, California and national news, sports, things to do, and business in the Inland Empire.

OCRegister.com covers local news in Orange County, CA, California and national news, sports, things to do and the best places to eat, business and the Orange County housing market.

California Western School of Law is a renowned law school in San Diego with an emphasis on developing problem-solving, communication, writing, and analytical thinking skills.

Showcasing world-class sightseeing tours, attractions, and museums in 6 cities across the United States and entertaining over 2 million guests per year.

Dr. Boyd's Pet Resort & Veterinary Center is designed for the nature of dogs & cats 24/7 & 365! Both dogs and humans think we are the best - discover why!

The San Diego Association of Governments (SANDAG) is the San Diego region's primary public planning, transportation, and research agency, providing the public forum for regional policy decisions about growth, transportation planning and construction, environmental management, housing, open space, energy, public safety, and binational topics. SANDAG is governed by a Board of Directors composed of mayors, council members, and supervisors from each of the region's 18 cities and the county government.